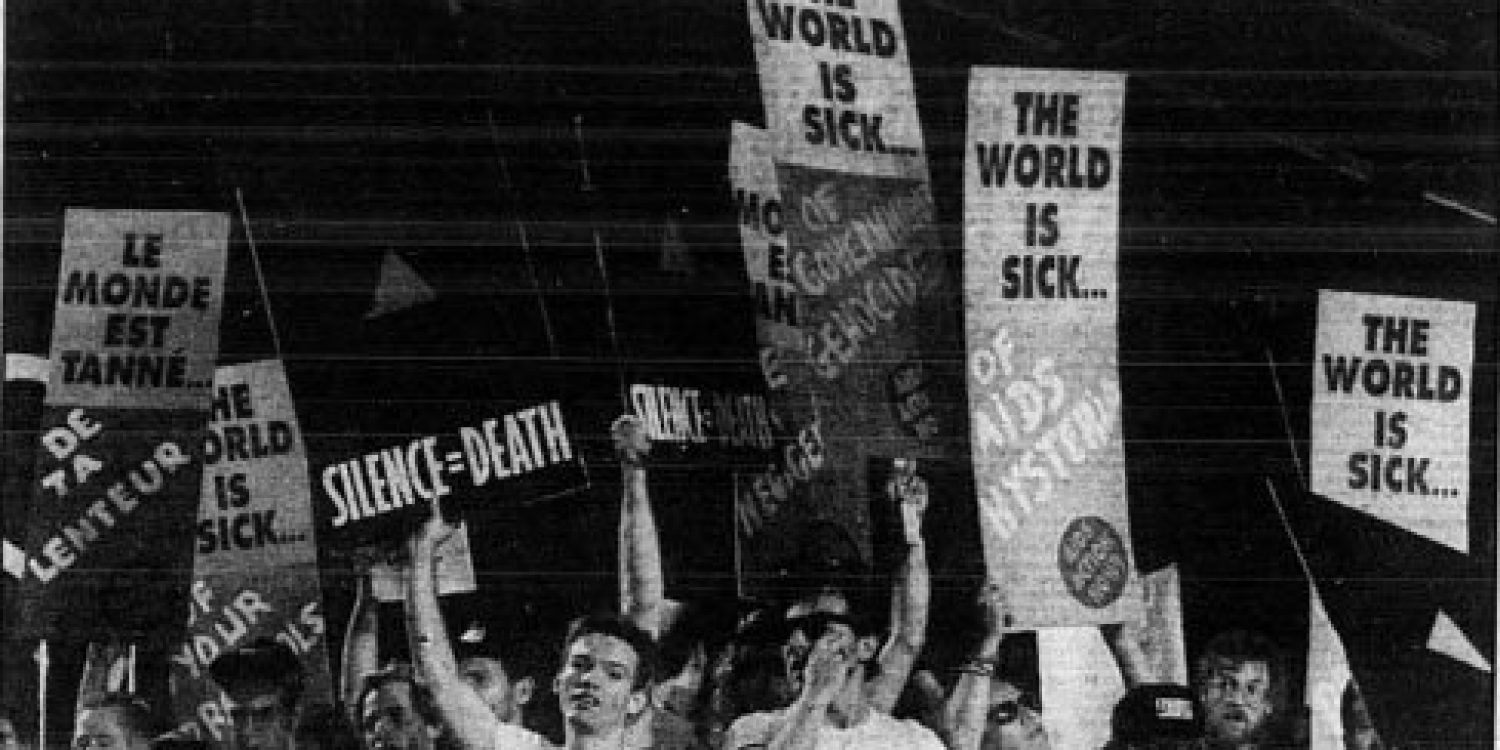 In a homage towards its predecessor, the 2022 Montreal Manifesto was launched by COCQ-SIDA on July 26 right before the opening of the AIDS 2022 Conference.

“We have made much progress on medical responses to HIV, but these are not accessible to all,” the 2022 Montreal Manifesto reads. “People, governments, international bodies, and health care professionals must take action to ensure equitable distribution of the progress we have made and to remove the barriers to that equity in the form of laws, policies and attitudes.” 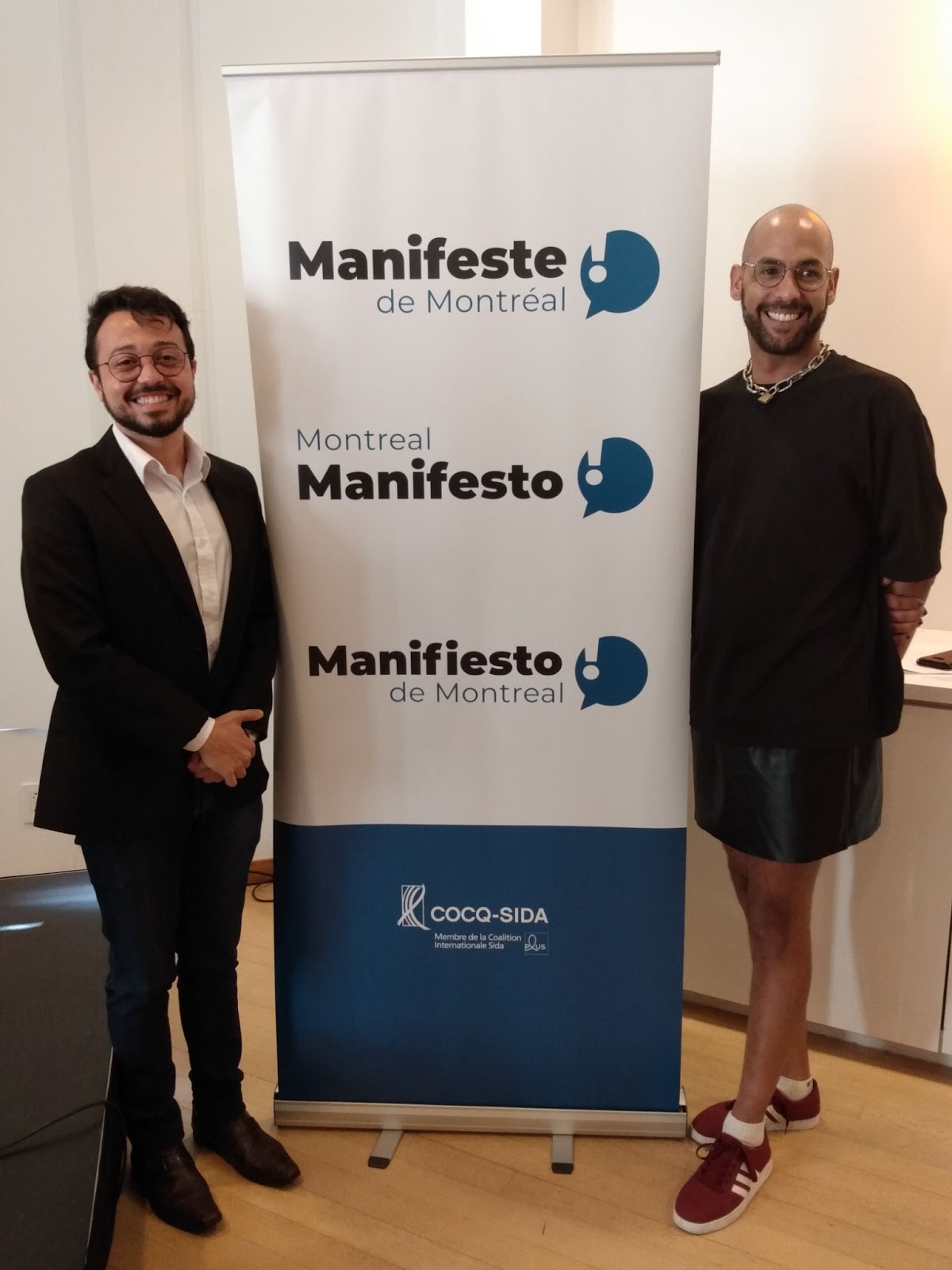 Community members Dimitrius and Carlos gave allocutions in both English at Spanish at the Montreal Manifesto 2022 launch on July 26, 2022.

The new Manifesto discusses the themes of human rights, prevention, testing, treatment, global equity and research – making room especially for the underrepresented or vulnerable communities who are unequally affected and stigmatised by HIV.

Free treatment for all no matter location or migratory status, continuity of care despite incarceration or forced migration, adequate global funding to fight AIDS are some of the call-to-actions on the 2022 Montreal Manifesto. Click here to read it yourself and here to sign it! 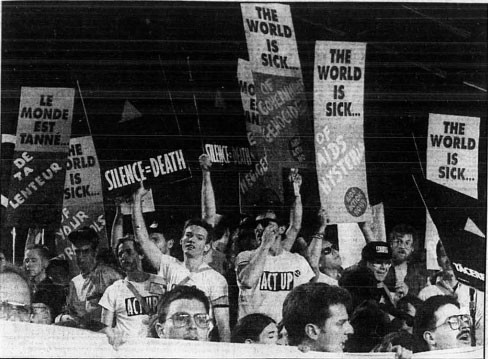 In 1989, protestors stormed into the 5th International AIDS Conference in Montreal, demanding their seat at the table.

Over 30 years ago, AIDS activists stormed the Fifth International Montreal AIDS conference, shattering the curse of silence imposed by a medical community that largely ignored them. Until then, the conference was a members-only event, attended mainly by the doctors and scientists who studied the virus People living with HIV/AIDS (PLWHIV)  were painted as an abstraction, limited by doctor’s spreadsheets and statistics. Not many PLWHIV could afford the $500 registration fee to the event, anyways.

The activists were sick of being silenced, sick of the discrimination and stigma, and sick of being locked out of the conversations that decide their fates. From the streets of Montreal into the unblemished walls of the Palais du Congrès, some three hundred protestors stormed through the hallways, holding signs that read “SILENCE = DEATH”. They demanded respect, autonomy, and a rightfully deserved seat at the table.

Dating back to 1989, the original Montreal Manifesto was created by AIDS activist organisations Act Up from New York and Aids Action Now! From Toronto. The Montreal AIDS Manifesto called for an international code of rights that is based on acknowledging and preserving the humanity of people with HIV disease – including the active involvement of affected communities in decision-making that may affect them.

The Montreal Manifesto paved a new path in discussing, treating and actively engaging with PLWHIV.

Today, the Montreal Manifesto advocates for even more inclusivity, research development, and accessibility to all resources for all PLWHIV/PWA.